In the Winter of 2019 we embarked on an experiment in our classroom for SDS 441R: Popular Culture in the Radical Imagination.  How do we use the tools and skills developed in academia to produce projects that both highlighted the intersections between popular culture and radical struggles for social justice and spoke to a variety of audiences.  In this sense one goal of the course was to produce a singular project from start to finish where students would receive guidance from a variety of sources (i.e professor, TAs, peers, community members, activists) and would work to develop skills to evaluate and peer edit each other’s work….Read More

The Season that Sparked Change: The Radical Imagination in ABC Spark’s The Fosters – Katelyn Tolentino

ABC Spark’s television show The Fosters revolves around the unique life of the members of the Foster family. The family consists of two moms of different races with a mix of biological, adopted, and foster children along with the different extended families of each child. In the fifth season the primary focus of the show is on DACA (Deferred Action for Childhood Arrivals) children, immigration, and deportation. Coming at a relevant time, the show sought to raise awareness about the lived realities of migrant children and to spark political action.

Vladimir Nabokov’s infamous novel is an American classic. However, popular culture has re-conceptualized its story and erased elements of incest and childhood sexual abuse that is prevalent within its original text. This paper explores the impact of this conceptualization on how we normalize rape culture and erase the voice of survivors by drawing on reviews of Lolita as well as the personal autobiographical accounts of the author. The paper then turns to examining Lolita’s popularity in mainstream society (including in popular music, aesthetics, and films) that depict promiscuity and lasciviousness of young women. The author argues that such a framing is produced by patriarchal society which reduces and silences the voices of sexual abuse survivors. This examination sheds light on the nature of sexual abuse as well as survivor-centered recovery.

No Evil Shall Escape My Sight: Changing History and Acknowledging Change in DC Comics – Joshua Goldschmidt

Archived stories allow readers to examine how narratives and values shift through time, even as heroes remain fixed. Through engagement with the work of philosopher Hannah Arendt, this paper aims to examine how DC Comics shifted the history of their characters to erase anachronistic content and hide unpopular missteps of old writers. It then contrasts this method of changing history with a different style of storytelling, one which acknowledges previous failures. This will illuminate how DC Comic’s has started to change the way they recognize a character’s past. Finally, the paper examines other exhibitions of this dichotomy in pop culture and compares them to how DC Comics have changed their storylines in the contemporary era.

Ink in the Flesh Navigating Tattooing, Identity, and the Body for LGBTQ2+ BIPOC Individuals – Charmaine Pasadilla

Western tattoo culture and its industry have been historically dominated by white heteronormative males. For individuals who are outside of this group, they may encounter difficulties and obstacles as they navigate tattoo spaces. The nature of tattoos as body art and self-expression presents itself as an opportunity for intersectional identities and bodies to resist against this Western normative culture. Through qualitative interviews and photography, I showcase lived experiences of individuals who are LGBTQ2+ BIPOC, and the process and politics of tattooing within their stories. With background research on tattoos and meaning-making, I examine how identity and intersectionality informs the meanings and motivations for LGBTQ2+ BIPOC folx with at least one tattoo. In this collective contribution of personal narratives, I highlight the relevance of the negotiation of the self and body to achieve resistance against and movement beyond the traditional tattoo spaces in Western normative culture.

Right now (and now passed, but we’ll get there; more on time later) I am sitting in my room with the task of writing about magic as resistance, or radical witchcraft. On those last words, it has just begun to rain. I’ve been stuck for a while and I’ve finally begun. Leading up to this moment, I have prepared my-self; first by clearing my mind and body with sound — moving a tuning fork over the landscapes of my body, listening with my attention, my cochleae, my skin, my bones. I place the fork back on my altar and in the next moment my eyes pause on my wrapped container of the water with which I have been working over many moons. I think, it’s been a while, but this is fitting. Whether I called upon the water or it called upon me is a mystery. What is sure is that water is life and water is sacred. I hold it in my hands. I pull the stopper from the bottle. 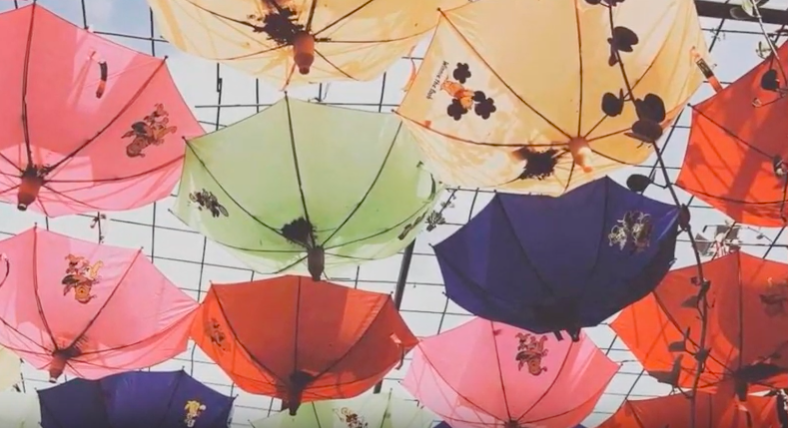